Sea of Sparkles at Sunrise

A sea of sparkles at sunrise

A crisp October morning… I awake to a sea of sparkles coating the grass and the flowers in my garden… a frosty finish for most annuals residing there!   Some landscape designers refrain from including annuals in their designs because of their temporary qualities.  But often annuals are strong performers during the entire growing season, 4 – 5 months; should they be dismissed so easily? 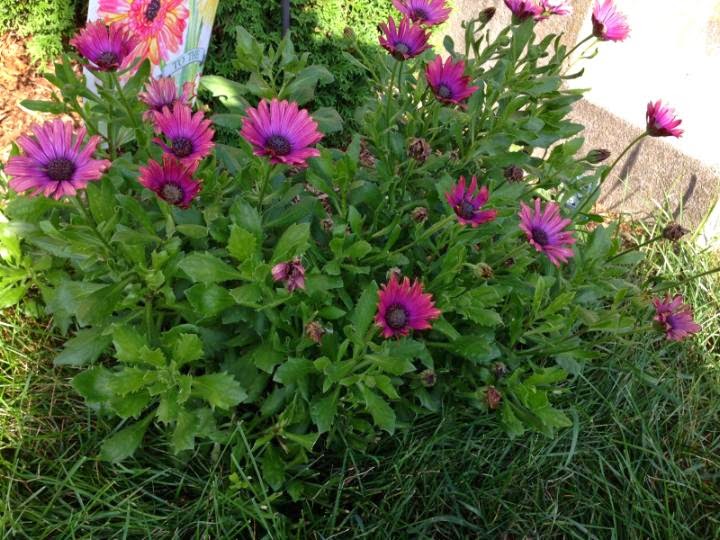 If you choose to exclude annuals, you might be missing a favorite of mine, the genus Osteospermum, shown here.  (aka,  South African Daisy… more than 30 different species are available.  In its native homeland, it can perform as a perennial… but not here in Wisconsin!)

The cultivar I chose for my garden this year is called “Summertime Blueberry,” and I was quite impressed with its deep lavender blooms and blue-violet centers.   I enjoyed this display from mid-May through mid-October.   A single plant is a full 24” wide and despite a few frosty mornings, is still green and growing in late October… a pretty impressive performance!

Pockets of annuals nestle nicely among groupings of perennials and shrubs; annuals definitely qualify as compatible plantings.   While annuals might flower continuously 4 -  5 months, many perennials and shrubs produce blooms for a brief 2 – 3 week period.  Annuals provide an ongoing “pop” of color; annuals also can be used as cut flowers and in container plantings.

I’m not suggesting you plant annuals exclusively, but you might give them a space in your garden design for next season.   Added bonus:  the brightly colored petals of annual flowers  serve as beacons for your local butterflies!

The Twilight of Tomato Season

The Twilight of Tomato Season

October begins… tomato season ends.   This is the phenomenon we experience in Southeastern Wisconsin every autumn.    Occasionally we receive temps in the mid-thirties during late September, which brings the tomato growing season to an abrupt conclusion.  This year some tomatoes are still actively growing during warm autumn days and ripening on the vine; sadly, we are in the twilight of our tomato season.

A common complaint this season was the shortage of warm nights which encourage tomatoes, peppers and other veggies to mature faster with warm temperatures.  Although some performers were “ripe and ready” in August, many varieties were not ready until September—but they were worth waiting for! 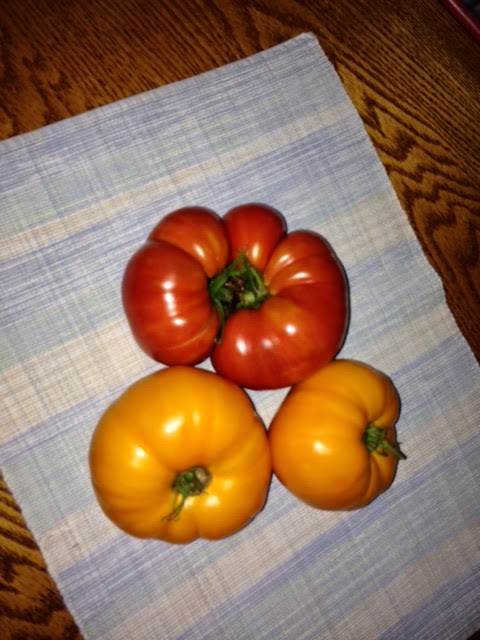 Tomatoes  (Solanum  lycopersicum )  are available in a kaleidoscope of colors, especially some of the heirloom varieties.  You may encounter tomatoes with tissue and skin in shades of purple, orange, yellow and numerous shades of RED.  Each tomato fruit offers a variation in taste, color, and texture and can be used in your culinary creations, in sauces and salads.  (Shown here are two varieties from our home garden:  Beefmaster and Orange Oxheart.  When diced and seeded, they make an attractive addition to your favorite salsa recipe.)

Of course, each passing day brings us one day closer to a killing frost… but for now, I want to bask in the warm temperatures of the day, along with my tomatoes!